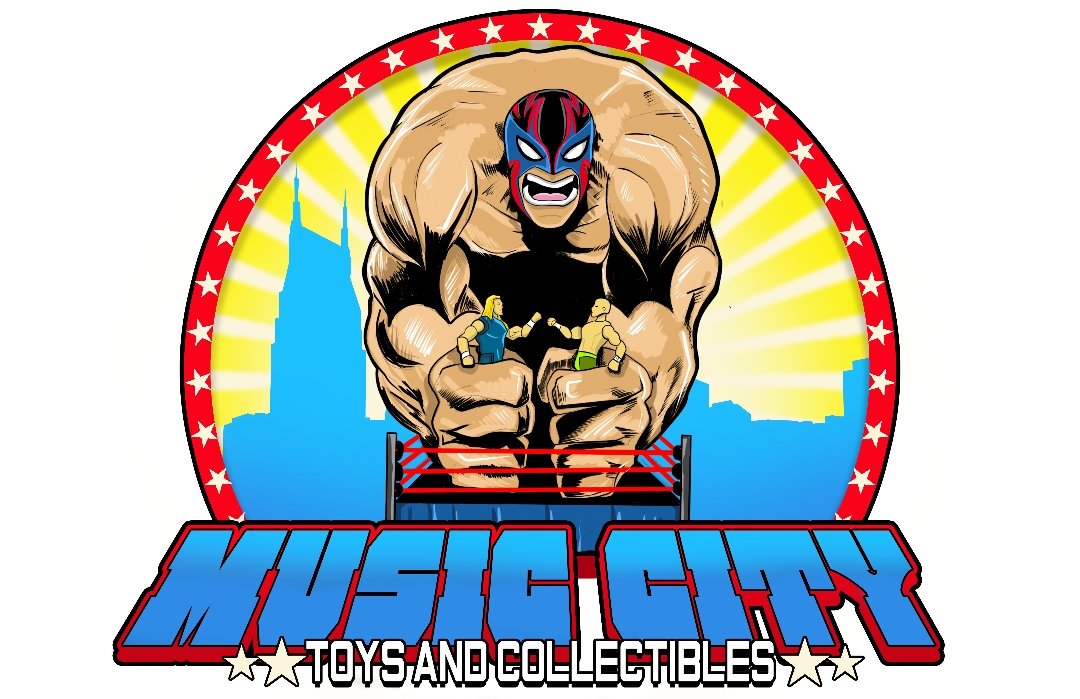 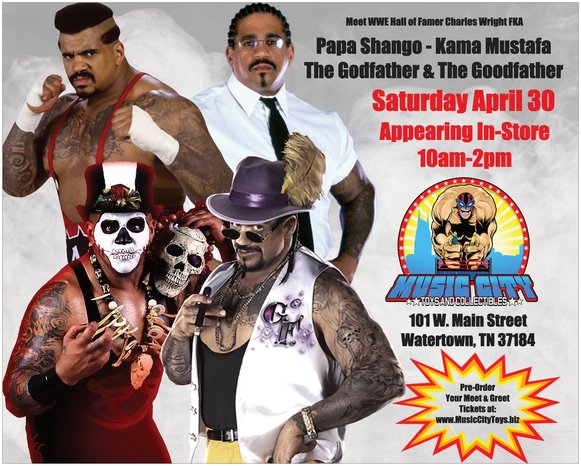 Whether you know him as the Voodoo master, Papa Shango; “The Supreme Fighting Machine” Kama; the fun-loving Godfather or the enforcer from The Right to Censor, The Goodfather; Charles Wright spent the better part of 2 decades on WWF/WWE television entertaining fans worldwide with his unique personas inside the wrestling ring. The success he found there led him all the way to the WWE Hall of Fame! Here’s your chance to meet one of pro wrestling’s most popular legends in a rare southeastern area appearance. Mr. Wright will be appearing live in store at Music City Toys & Collectibles on Saturday April 30 from 10am-2pm as part of our 1 Year Anniversary Weekend!
***PLEASE NOTE***
For Photo Ops, he will be appearing as Papa Shango from 10am-Noon and he will be appearing as The Godfather from Noon-2pm. Please plan accordingly.
Pre-order your Meet & Greet packages today! All those who pre-order will be admitted to the signing BEFORE walk up customers.